Arsenal boss Mikel Arteta has no intention of standing in the way of Bukayo Saka being part of the England contingent at the European Championship this summer despite concerns over burnout.

The 19-year-old has established himself as a rare shining light in a disappointing season for the Gunners, so much so that he recently played down suggestions he was “carrying” the north London club.

His displays have led to a rapid international ascent: Saka made his senior bow last October a month after his Under-21s debut and the four-cap wideman is tipped for inclusion in Gareth Southgate’s Euros squad.

While Arteta welcomes the prospect, he is wary of how this will impact Saka, who could make his 51st appearance of the campaign for club and country when Arsenal welcome Brighton in the Premier League season finale on Sunday.

Arteta referenced a busy past couple of years for Saka, who burst on to the scene at the start of last season, but the Spaniard trusts Southgate to handle the teenager carefully if he is selected to be part of the England group.

“There is a risk (of burnout),” Arteta said. “The schedule they have been through in the last two years has been crazy. He’s handled that situation really, really well.

“I know Gareth and he’s brilliant at managing them as well. I spoke with him about it, we just hope they do the right thing.

“But he’s very determined to go and help his country and he needs to enjoy that because he has earned every right to be there.”

Saka has been used in a variety of positions on either flank this term and Arteta is pleased with the youngster’s ability to adapt, which could count in his favour when Southgate names his squad.

“I think he had periods where he’s played really well for me in a back four, as a full-back, he’s been exceptional on the wing, he’s been really good as well playing as a wing-back,” Arteta said.

“I think having that flexibility for him has made him a different player, he’s really intelligent, he can pick things up very quickly and slowly we will mould him more to the position that we want him to play.”

Ashley Cole thinks that versatility could actually count against Saka. 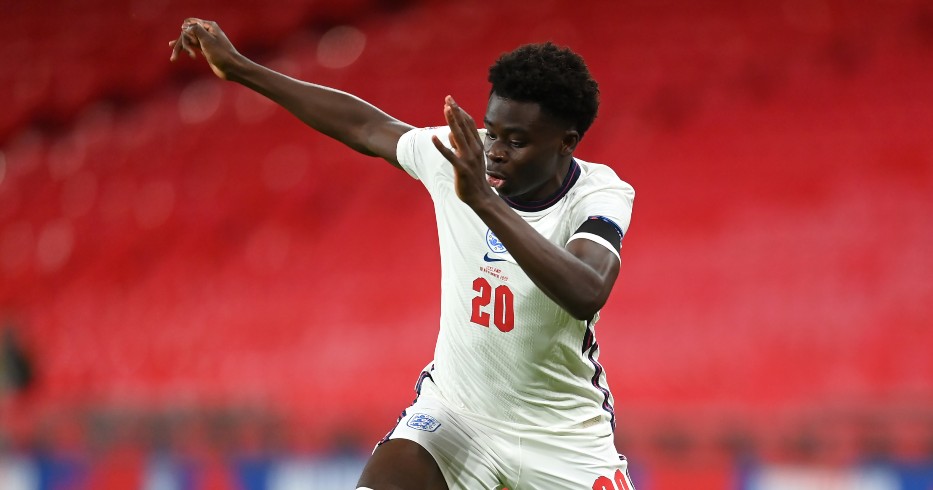