Arsenal’s sponsor the Lavazza Group are in talks with the club over Mohamed Elneny’s tweet which expressed support for Palestine, as per The JC.

The midfielder was commenting on the conflict that is raging on in the region. It was a message that had a lot of pro-Palestine imagery as the tweet read:

“My heart my soul, my support for you Palestine.” 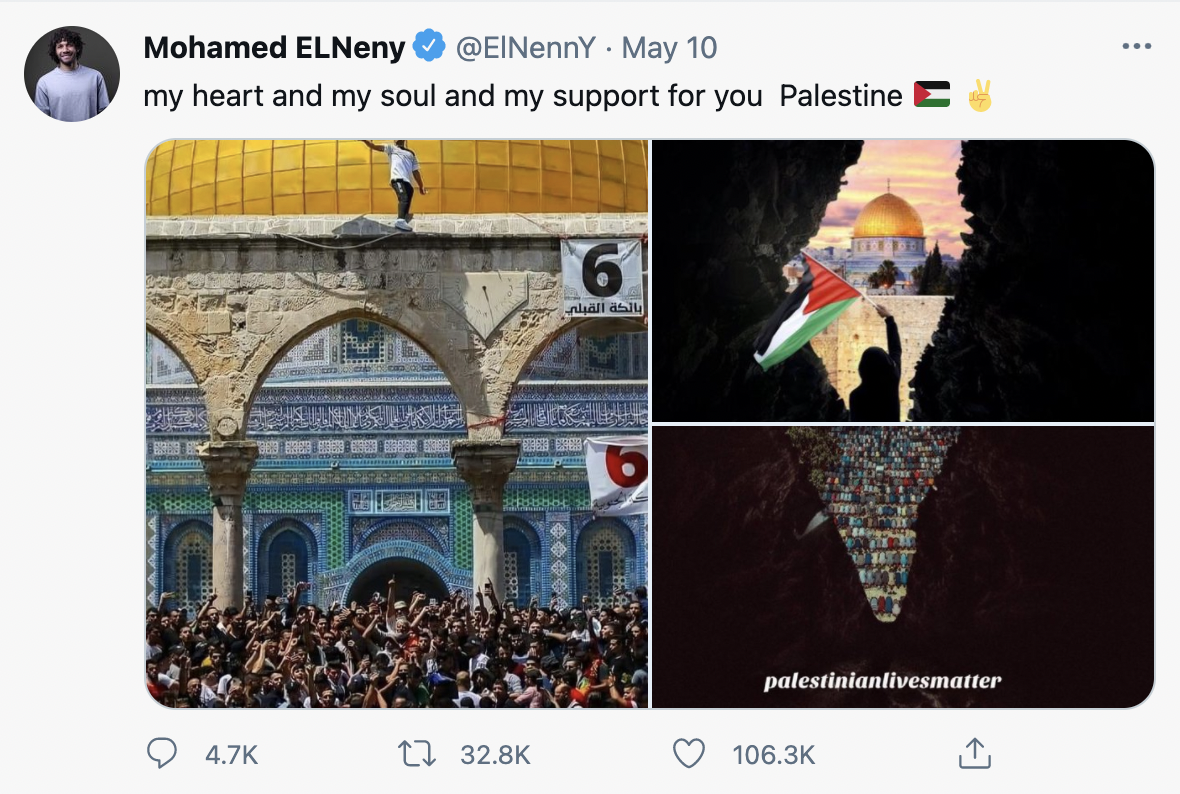 This led to anger from many Jewish supporters of the north Londoners. One such person was Tal Oafer, a member of the Board of deputies for the Lavazza Group.

The official put out a statement that said:

“We’ll immediately reach out to Arsenal to remark we are concerned about the club associated with such a message. Content of this post is totally not aligned with our company values. Lavazza Group is fully committed against racism and antisemitism.”

And as per the report, Lavazza had contacted Adidas who did not get back to the group. The Gunners’ response to this was to defend their player as a club spokesman told:

“As with any employees of Arsenal, our players are entitled to express their views on their own platforms. That said, we are speaking to Mo about this, so he understands the wider implications of his post.

“As a club, we are committed to confronting and eliminating all forms of discrimination and continue to champion the need for equality and diversity across all areas of life.”

In some ways, this incident is reminiscent of what happened when Mesut Ozil had posted his support for the Uighur Muslims in China. But the reaction from the Emirates was a bit different compared to what has happened with the Egyptian.

As the midfielder has an account with around 4.8 million followers, it has the potential to reach large numbers and it already has around 94,000 likes.

However, the Gunners need to consider their sponsor’s response and it is something that the club will have to sort out as soon as possible.

It is good to see Arsenal back their player and support Elneny’s right to express his opinion. It shows that they back freedom of expression and will stand behind their players.

Transfer Focus: Which Position Does Each Premier League Club Need To Strengthen This Summer?