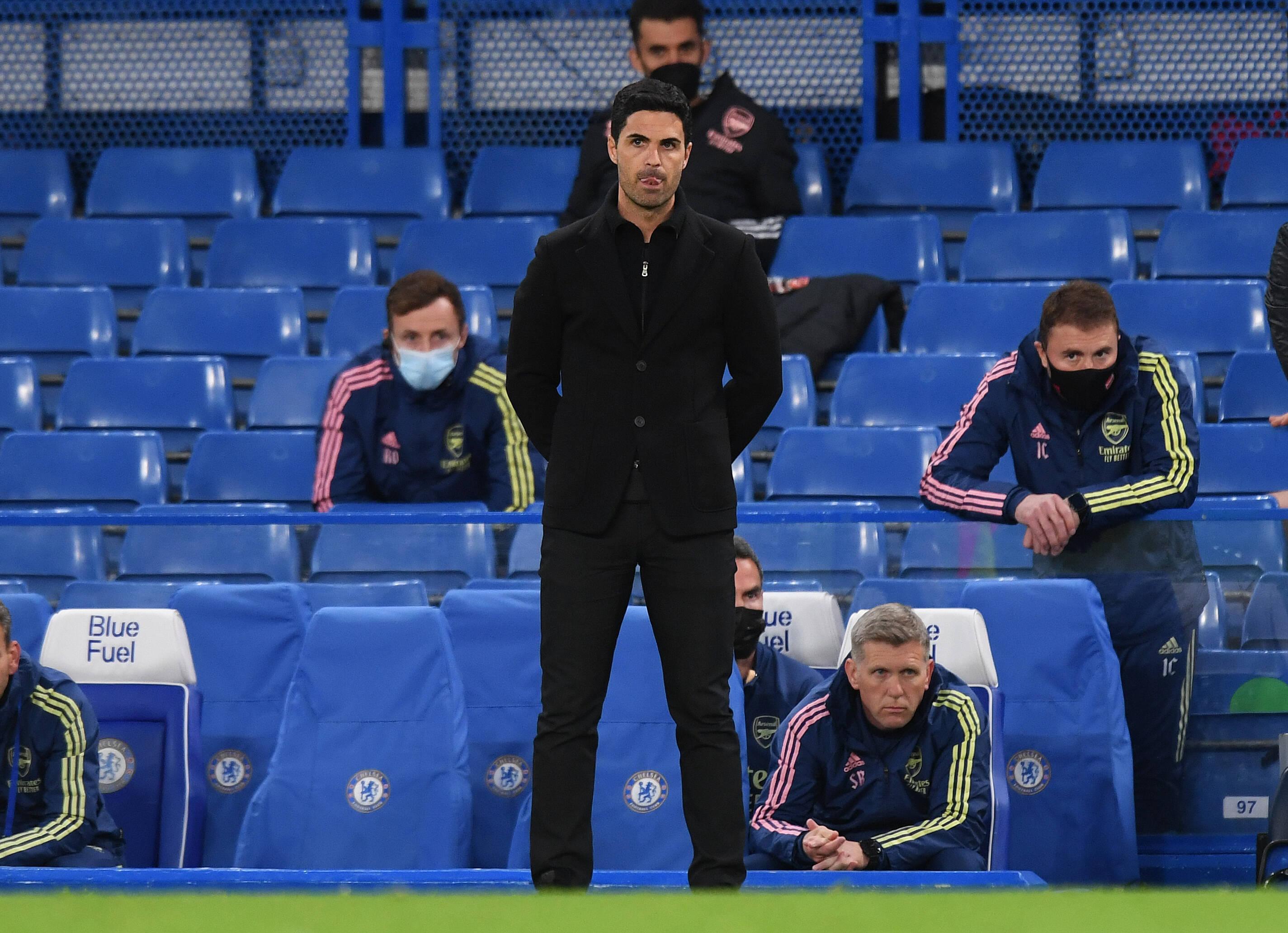 Arsenal manager Mikel Arteta was posed multiple questions by the media ahead of the club’s Premier League game at Crystal Palace tomorrow.

The Gunners have recently registered back-to-back league wins, and they still have an outside chance of qualifying for Europe next season.

Ahead of the visit to Selhurst Park, Arteta was asked numerous questions in his press conference with the main topic being David Luiz.

It was recently confirmed that the club had decided to mutually part ways with Luiz, and he would leave when his contract expires in June.

When asked about the announcement, Arteta confirmed that he was regularly in contact with Luiz before the final decision was made last week.

He told Arsenal.com: “It’s after a few conversations that we had, David and I. We discussed the situation on different occasions and the other day we made the final decision on it.”

It has been suggested that William Saliba, who is out on loan at Nice, could emerge as the direct replacement for the Brazilian in the squad.

The Gunners boss refused to confirm whether that would be the case, and added that a decision would be made at the end of the campaign.

He added: “You will see in the summer, the possible replacement. William is our player for sure and that’s the decision that we’re going to be taking soon.”

Another big topic this week has been the future of Tottenham Hotspur star Harry Kane, who has reportedly revealed his desire to leave the north London club.

See also  The worst Panenka penalties of all time - ranked

When asked about the Gunners’ prospects of signing him, Arteta redirected the focus towards Kane, and said that the striker will make the best decision for himself.

“I don’t know if Harry Kane is leaving Spurs – I think he is still there,” he said. “I don’t know – there are too many ifs. If he wants to leave, he will try to make the best decision for himself, I am sure.”

The Gunners are ninth in the standings with 55 points, and they can secure a maximum of six more points with two games left.

Tottenham Hotspur and West Ham United are four points ahead of them on the table, while Everton are one point in front.

The Gunners’ European hopes depend on two of those teams failing to cross the 62-point mark on the final matchday.

Arteta’s side are scheduled to face the Eagles tomorrow, and it won’t be easy for them judging by the past five meetings.

The Eagles have been a bogey club for them. The Gunners have failed to win the previous five meetings (four draws and one loss).