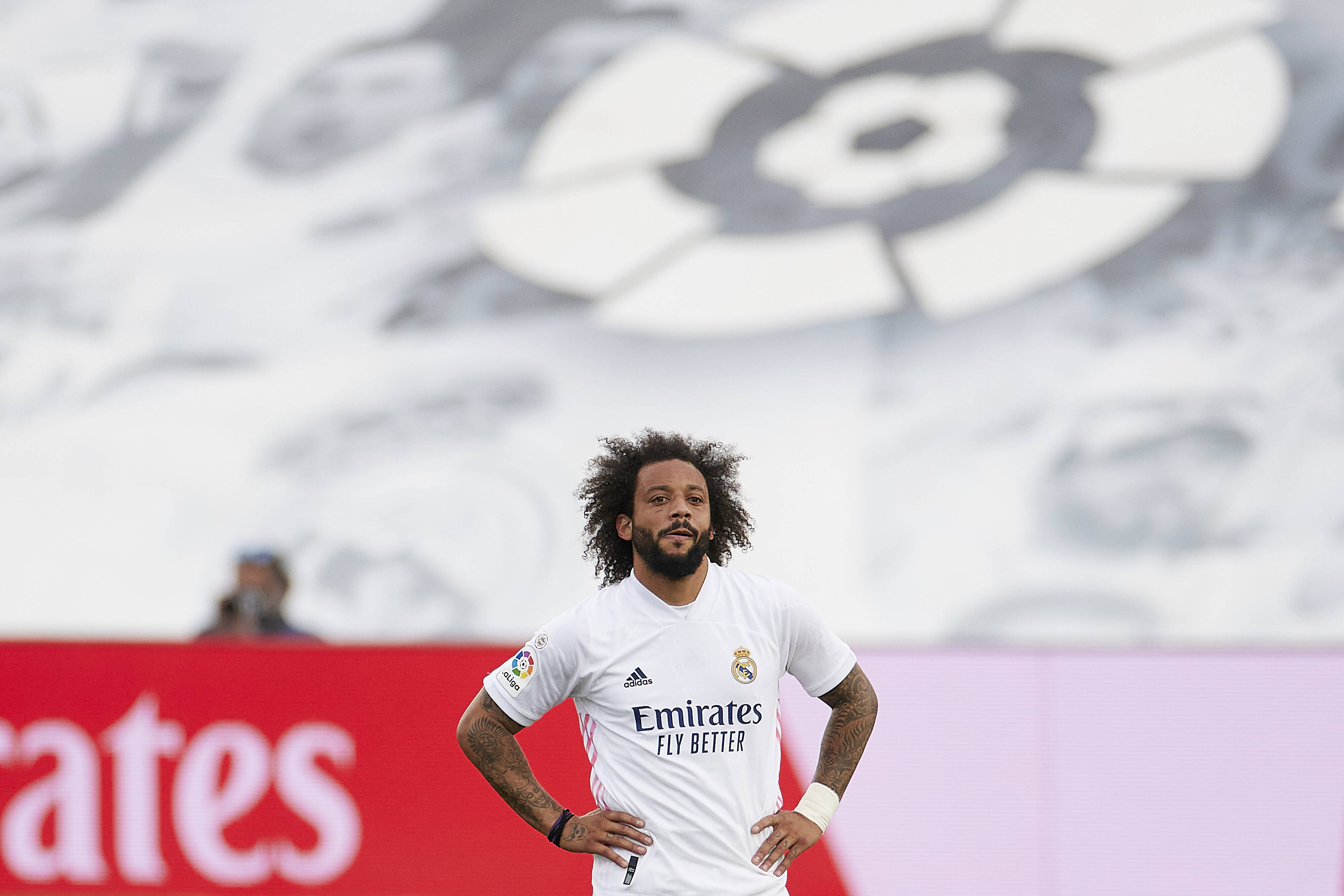 Real Madrid left-back Marcelo is set to leave Santiago Bernabeu this summer as he is not in the plans of new manager Carlo Ancelotti.

According to the Daily Mirror, his agents are searching for a new club for him and have sounded out both Everton and Leeds United, with the Toffees early favourites to land him.

Marcelo wants a two-year deal and could be available for as little as £5 million with just a year left on his current deal.

Madrid are ready to sell the 33-year-old defender, and his preference is to move to England or Italy.

With five La Liga titles and four Champions Leagues to his name since joining the Spanish giants in 2007, the 58-cap Brazil international knows how to win.

Despite playing just 19 games across all competitions last term, Marcelo would fancy his chances of proving himself in the Premier League.

The Elland Road outfit want to bring in another left-back this summer regardless of Gjanni Alioski’s future, and Marcelo could be a short-term option.

Playing under Leeds head coach Marcelo Bielsa is something that probably appeals to him, but Everton are likely to offer him higher wages.

The Goodison Park outfit need quality competition and cover for Lucas Digne, and the Madrid legend could be a fine option.

Both clubs offer exciting projects as they look to break into Europe next season, and signing Marcelo would undoubtedly improve their chances.

Read: Leeds star given a heartwarming welcome at Euros camp.

Rice vows to celebrate Euro 2020 glory with first ever beer