Adidas unveils a collection of jerseys from the biggest cities

A few weeks away from a busy summer in football with the Copa America and the Euro, adidas presents a collection of City jerseys highlighting some of the biggest cities in the world.

Although the German brand does not have the licenses of certain national selections like France, which is equipped by Nike for example, nothing prevents it from paying tribute to the big cities of these countries through jerseys that could easily be worn. related to official jerseys.

Without any constraints for the design of these outfits, adidas unveils retro-looking jerseys with a design made of tone-on-tone vertical stripes where the three stripes of the German brand stand out. With the exception of the Munich and Rome jerseys, the design is the same on each of these jerseys made from a silky material that is both dull and shiny.

On the jersey paying homage to the City of Light, we find a white background with a touch of blue on the numbers, the adidas logo and the sleeves. There is also a touch of red to complement the colors of the French flag at the shoulders and on the city name flocking on the back. Note a touch of gold with the fleur-de-lis which adorns the chest. The collar is classic V. 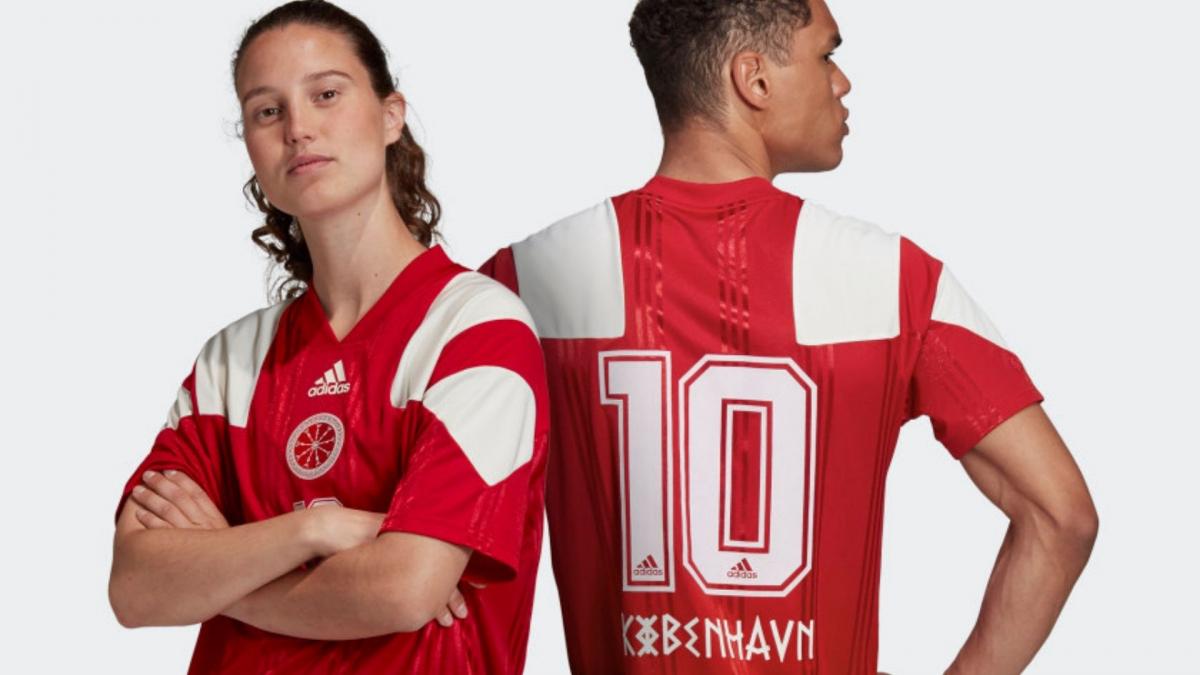 To pay homage to Copenhagen, adidas used the two colors of the Danish flag. We therefore find a red background with white which appears on the brand’s logo with three bands, the flocking as well as the bands on the shoulders and sleeves. 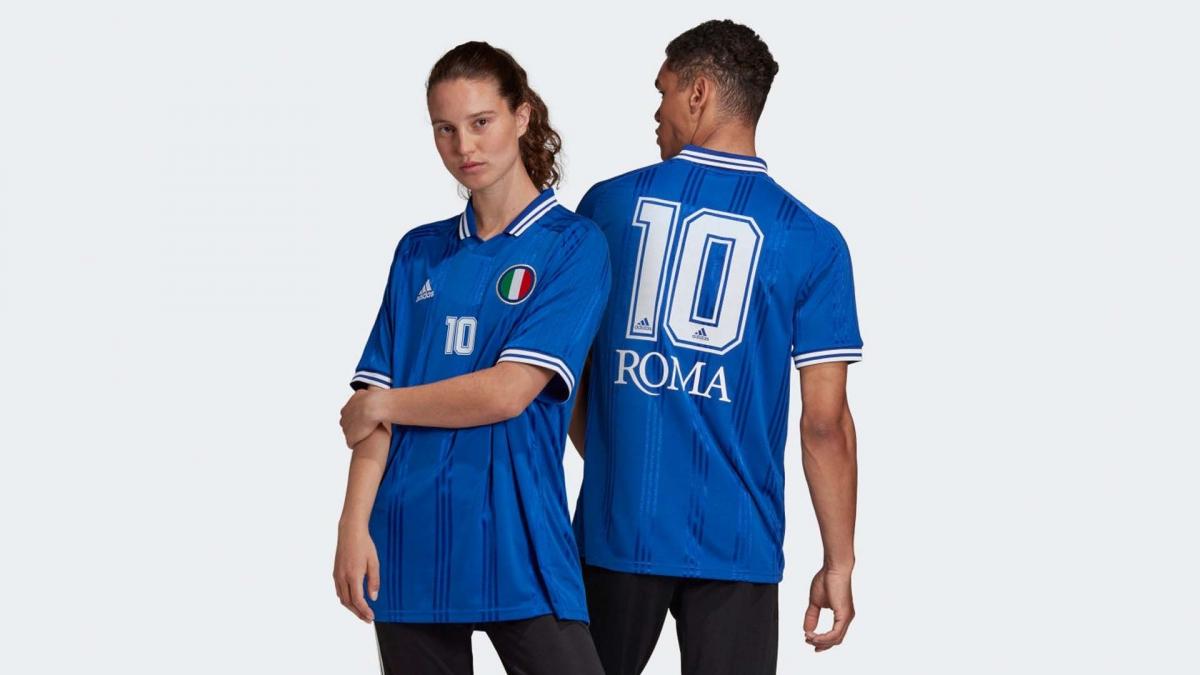 The City Rome jersey is very similar to the jerseys of yesteryear of the great Squadra Azzura. We therefore logically have a blue jersey with a touch of white at the logo and flocking but also at the bottom of the sleeves and the collar. Like the Munich jersey, this is where the Roman tunic differs from all the other jerseys in this collection. The Italian flag is also present at the level of the heart.

See also  England pushes Germany out of her way and goes in quarters! 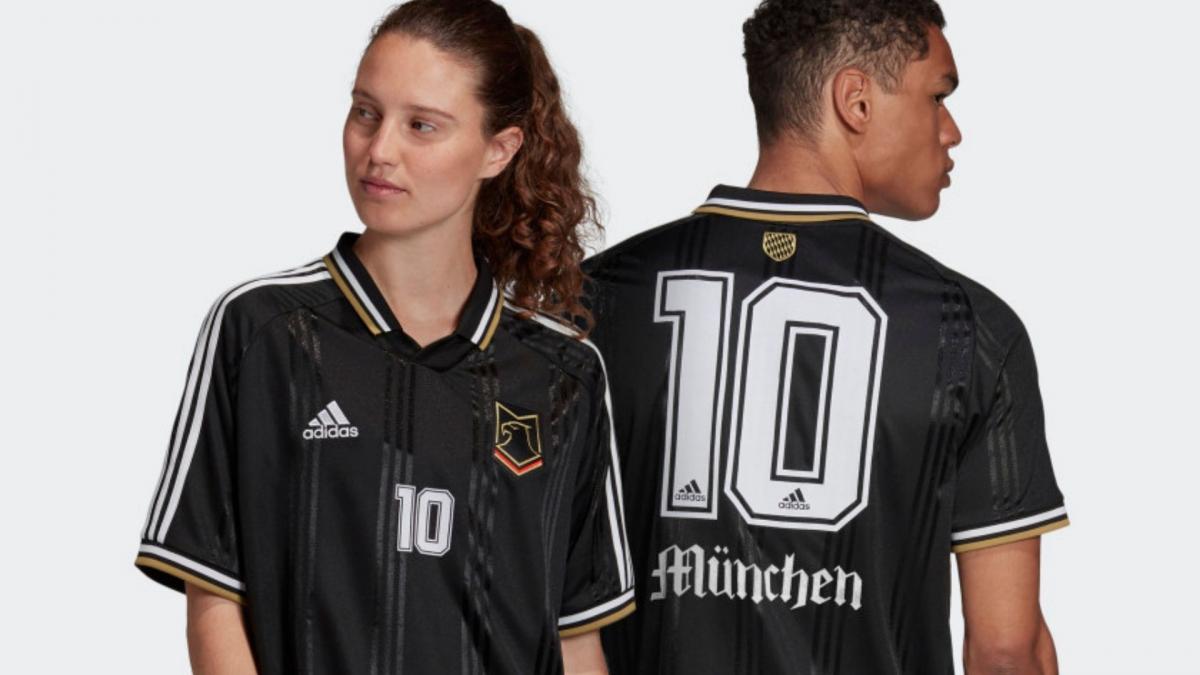 The Munich tribute shirt strongly resembles the last Mannschaft away shirt which was also black. We find white on the collar, sleeves, flocking as well as on the logo and adidas bands. A touch of gold is added to the outfit on the sleeves, the collar and the eagle on the coat of arms. 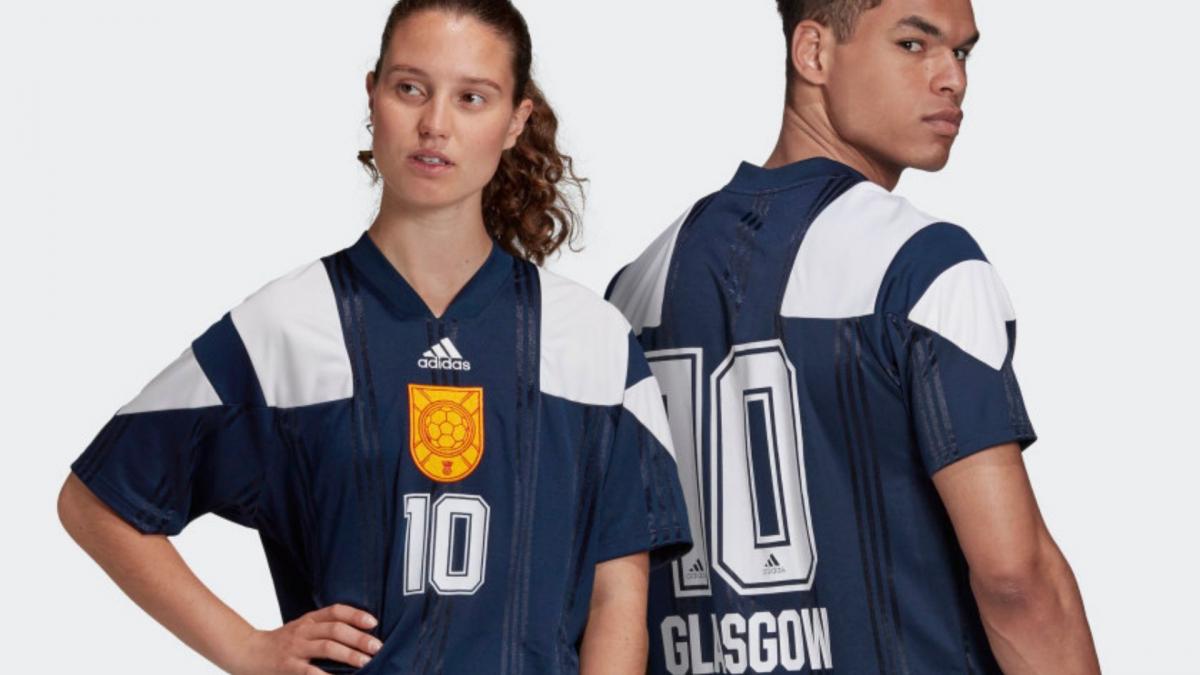 For the Glasgow tunic, we find the classic Scottish colors with navy blue in the background and white at the level of the flocking, the adidas logo and the bands on the shoulders. There are also yellow and red on the logo, as is the case on the national team pennant. 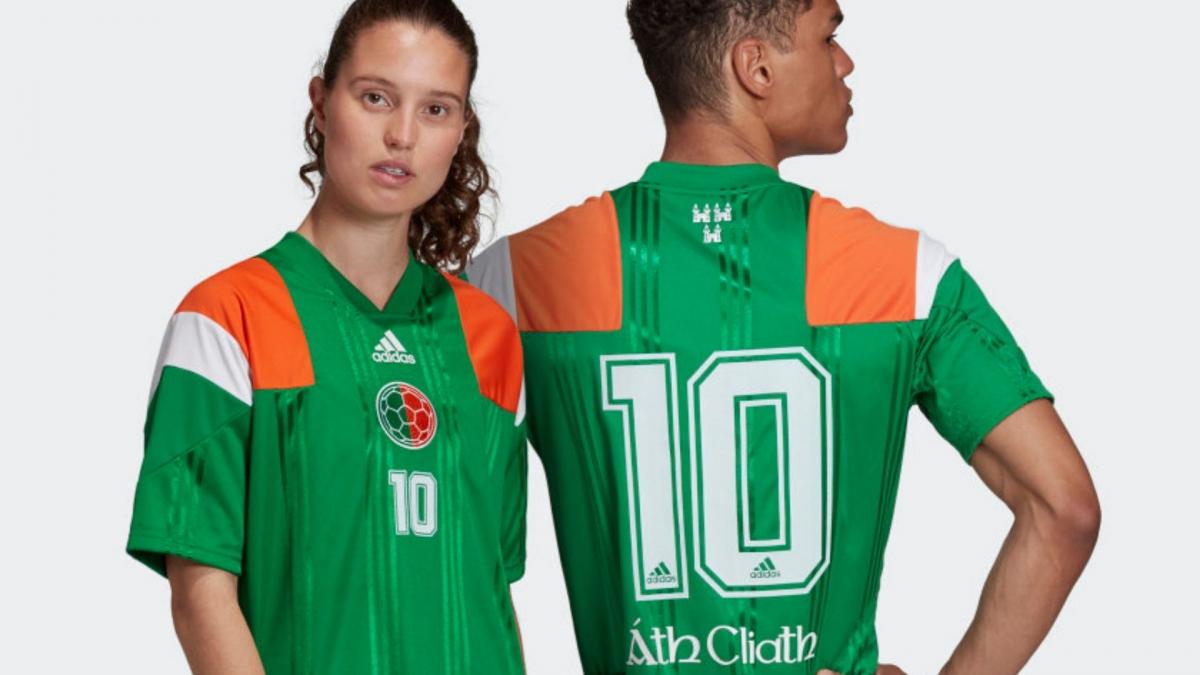 The Dublin jersey is in the colors of Ireland. Against a green background, a touch of orange slips over the shoulders while white is used on the flockings and the adidas logo. On the back of the jersey, it is not the name of the city which is flocked but a Celtic village present before the founding of Dublin by the Vikings in the 9th century. 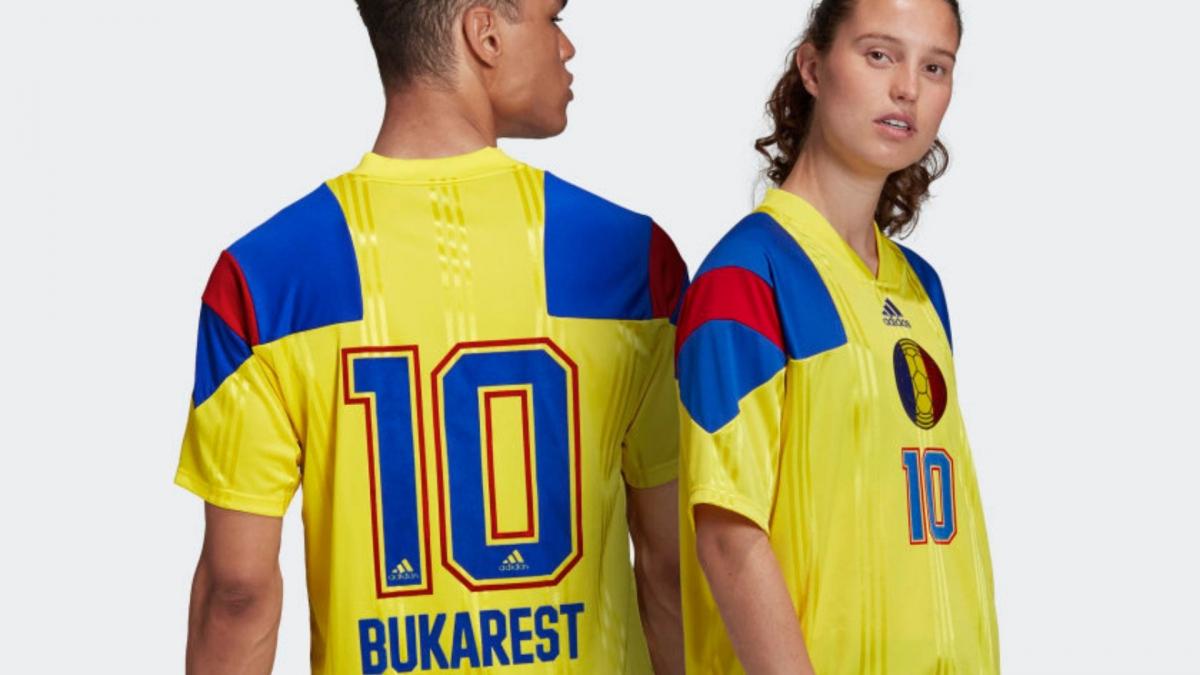 The tunic paying homage to the Romanian capital is presented in the same colors as the national team jersey. A touch of blue and red accompany the yellow on the flocking, the brand logo with three stripes and the shoulders. In the center of the jersey, we find the flag of Romania. 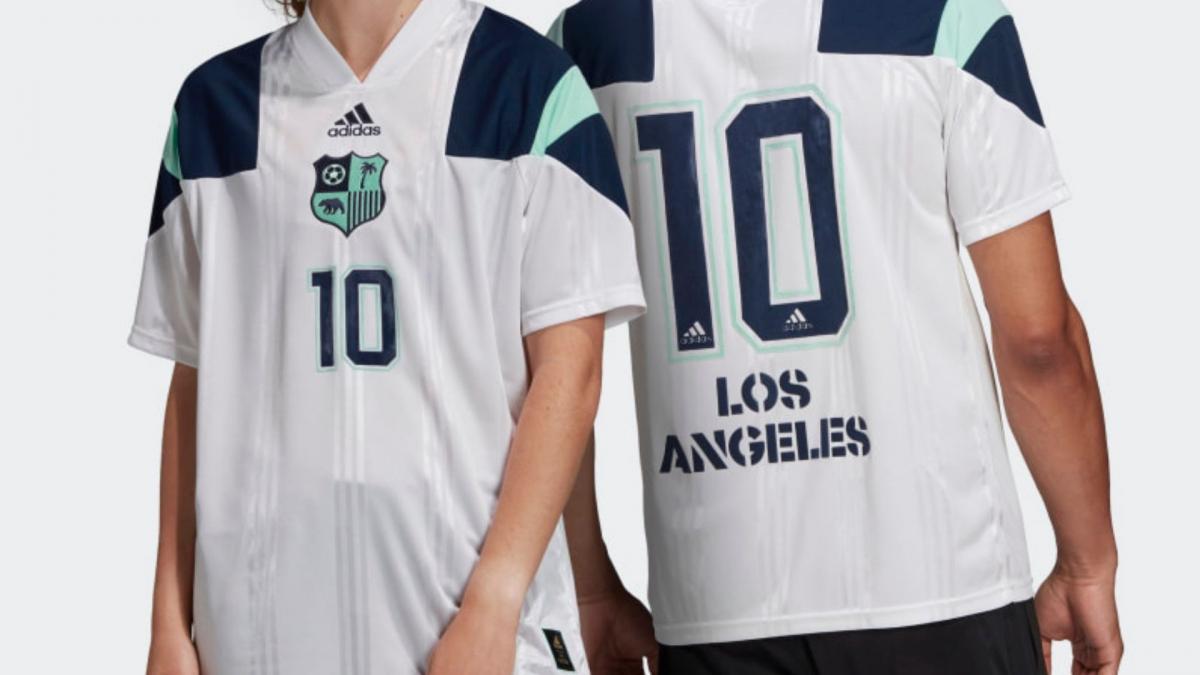 The Los Angeles jersey comes in a fairly sober design far from the flashy jerseys of city teams like the Lakers in the NBA. To accompany the white background, a touch of navy blue and turquoise blue appears on the shoulders, on the flocking as well as on the logos. 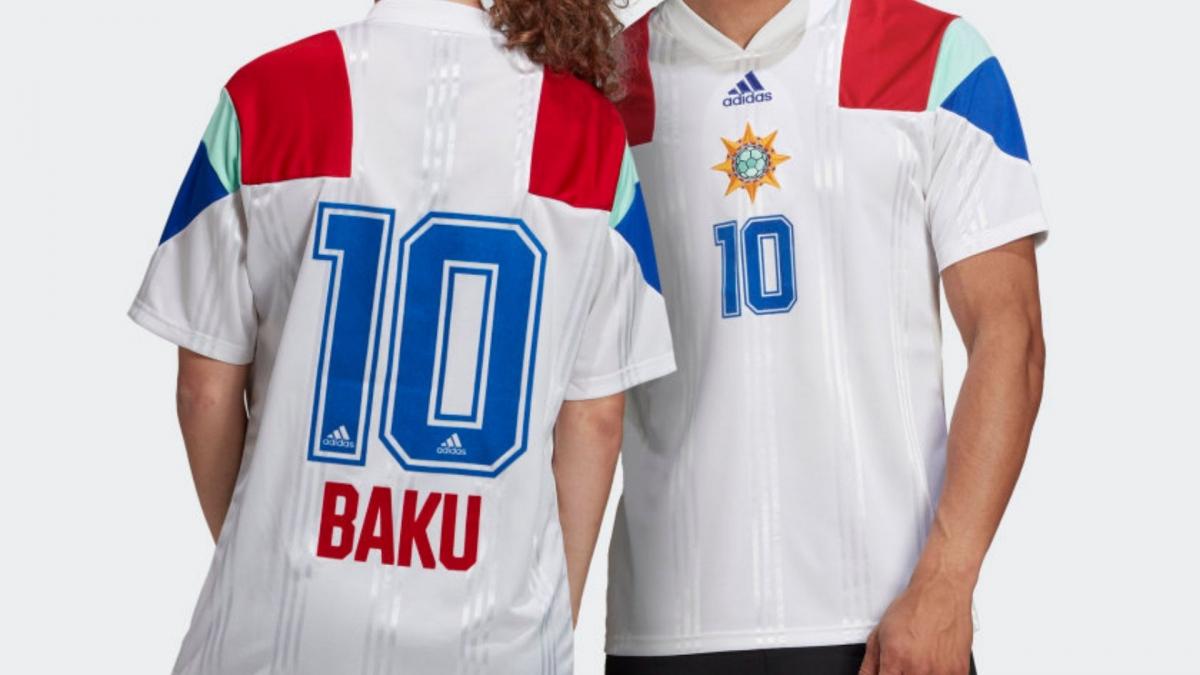 For the Baku jersey, the German equipment manufacturer did not sprain and used the same color code as on the Paris jersey. Only the touch of turquoise blue on the shoulder makes a difference with the star as a logo inspired by the national emblem of Azerbaijan.

The City jerseys are available on the adidas store and you can also find the retro Copa jerseys on Foot.fr !

Jude Bellingham becomes youngest player at the Euros – Who are the other record-setting Euro youngsters?